Skytrain coming out from the fog and into the Vancouver International Airport.

I’m going to try posting an image here as well. 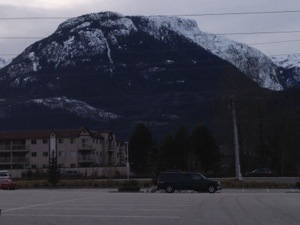 This is a picture I took last week. I was in Gastown Vancouver on an extremely foggy Vancouver afternoon. It was about 2 PM, normally the fog burns off in Vancouver by that time. In the background you could see the Harbour Center’s revolving restaurant through the fog.

Picture of Canucks overtime shootout against the Edmonton Oilers

This is a picture I took at last night’s Canucks game during the final shootout.
Unfortunately the Canucks lost after overtime and the shootout 3-2.
This was the second game after the long wait because of the NHL players being locked out by the team owners.
So the Canucks are starting with a slump of two losses in two days of opening season games.
Let’s hope they turn that around quickly.
Go Canucks go! 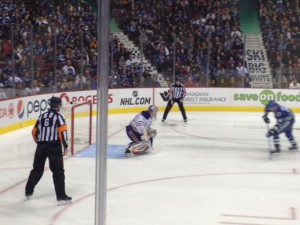